(TheRedWire.com) – In recent days, House Speaker Nancy Pelosi (D-CA) purchased a stock that reminded people how Congress members often make millions of dollars from their public service. Many might be surprised to learn that their methods weren’t illegal before 2012, though they would be criminal if employed in the private sector. However, some say Pelosi’s action may not be just unethical; it could be criminal.

Pelosi has enjoyed a long history of suspicion when it comes to accusations of cronyism. In the early 2000s, the Congresswoman from San Francisco faced numerous allegations of self-enrichment related to a real estate holding and earmarks she secured for a light rail project in her district. Her property faced a significant increase in value after the earmark was passed.

In another example, in 2008, the Speaker purchased 5,000 shares of Visa at $44 per share. On the surface, that would appear to be no big deal. However, the stock was seriously undervalued because Congress was considering a bill that could hurt the company. Pelosi bought the stock, knowing it had no chance of passing in the House. When the bill was dropped, the stock rose to $64 per share, netting Pelosi an easy $100,000 in profit.

Lather, rinse and repeat; this process continued until 2012.

On Monday, January 25, President Biden announced that the US government would replace its vehicle fleet with electric vehicles. In December, Pelosi purchased 25 call options of Tesla stock. Many question the purchase because Biden regularly talks about his climate agenda and his desire to eliminate fossil fuels as quickly as possible.

It’s possible Pelosi might significantly benefit from Biden’s executive order if legislation is introduced in the House. That would create an immediate conflict of interest with the Stop Trading on Congressional Knowledge (STOCK) Act of 2012. The law prohibits Congress members from profiting off their public service by using insider information to make financial investments. Numerous Congressmen were convicted of crimes under the law since its enactment.

It would be hard to prove that Pelosi broke the law, however. Biden’s agenda was public knowledge, and many purchased Tesla stock expecting it to rise. Yet, Pelosi’s position as Speaker makes the situation questionable at best because very few might have known Biden planned to overhaul the federal vehicle fleet.

Some in Congress feel it’s time to ban stock purchases by Congress members altogether to eliminate even the appearance of impropriety. We’ll see if that idea turns into legislation or not. 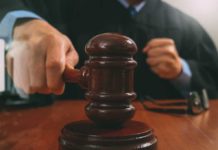