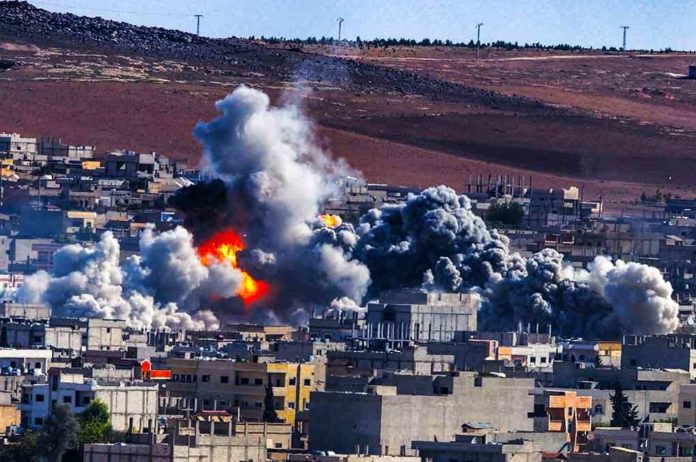 Explosive ACCIDENT – So Many Children Dead

(TheRedWire.com) – On Monday, August 1, Israeli authorities captured and arrested Palestinian Islamic Jihad (PIJ) leader Bassam al-Sa’adi, prompting a wave of attacks from the Gaza Strip. Within a 24-hour window, the PIJ launched over 350 rockets into Israel. The Iron Dome intercepted approximately 95% of the 170 projectiles the terrorist group fired into civilian areas. Still, around 100 of them misfired and fell within Palestinian neighborhoods. On Saturday, August 6, one rocket fell on a home and killed seven people, including four children.

Breaking news: a terrorist rocket misfire from Gaza has landed in Jabaliya (Gaza) and killed 9, including children. Despite that, Islamic Jihad is blaming Israel! The IDF investigated and confirmed there was no IDF operation in that area for hours before the attack. pic.twitter.com/75PNAUkp4T

The Palestinians attempted to blame the government for the deaths. Israeli Defense Forces (IDF) stated they didn’t conduct a strike in that area. Military officials said radar showed the launch inside the Gaza Strip and the subsequent hit on their own people. Authorities say they have a conclusive video that shows what happened.

Israeli Prime Minister spokesperson Keren Hajioff confirmed that one in every four of the rockets the Islamic Jihad fired landed in the Gaza Strip. She declared the organization is killing its own children and said the world should be outraged at targeting innocent people. She noted that PIJ has a long history of hiding behind civilians as it tries to hit Israeli targets.