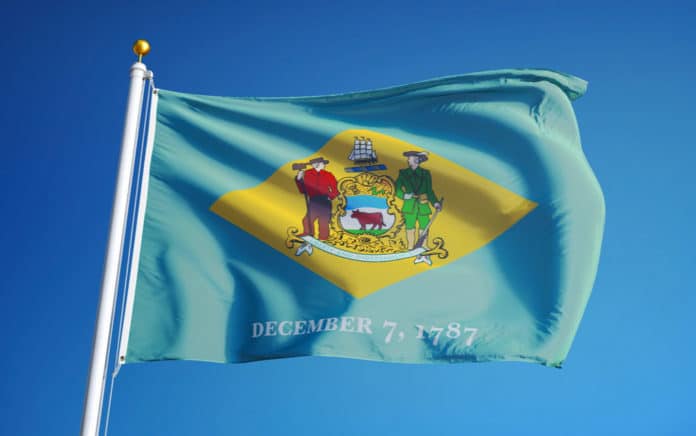 (TheRedWire.com) – The founding of the United States was a very serious and solemn affair, especially for its original framers. They wanted to get it just right; that’s why the Constitution contains so much legalese and so many amendments in the first place. But not everything about the founding of our country is so serious! Round out your knowledge with these fun and little-known facts.

Delaware Was a Trend-Setter

Delaware may not be the most famous or talked-about state in the union today, but it was the first state to sign the Constitution. A total of 30 delegates from the state came together in Dover on December 7, 1787, commandeering the local Golden Fleece Tavern in the process. They collectively ratified the document and showed support for the new rule of law.

But Delaware wouldn’t lead the pack for long; other states quickly jumped on board. Just a short time later, a total of nine states had joined the fray.

English philosopher John Locke was a bit of a rebel. He believed that governments should distribute their powers across multiple institutions (branches). He also felt that the people should have the right to overthrow corrupt leadership, rather than simply bowing down.

Locke passed away in 1704, long before the Founding Fathers even began thinking about writing the US Constitution. But his ideals and political theories remained popular well into the 19th Century. Thomas Jefferson was particularly moved by them, which directly influenced the passages he wrote into the first draft of the Constitution.

Politicians Used to Duel to the Death

Political debates might seem dramatic today, but that’s nothing compared to what rivalries looked like in the 19th Century. Back then, it wasn’t unheard of for two politicians to declare a duel — some of which could end in death for one or both parties.

That’s exactly what happened between Alexander Hamilton and Vice-President Aaron Burr in 1804. The two had been at odds for some time for both political and personal reasons. This came to a head on July 11, 1804, in Weehawken, New Jersey, when the two faced each other with firearms and dueled to prove who was right.

Unfortunately for Hamilton, Burr’s shot rang true. He died just 36 hours later after being transported back to Manhattan. Burr, who could have faced murder charges for the illegal duel, was forced to go into hiding, and ultimately, lost his entire political career as a result.

Our Constitution Is Famously Short

For such an impactful document, you would expect the US Constitution to be long and, well, convoluted, too. But this simply isn’t the case; it contains just 4,400 words, seven articles, and 27 amendments. This makes it the shortest governing document in the world.

It turns out the Constitution is a little bit imperfect, too. It contains numerous spelling mistakes, typos, British-isms, and other strange style applications. Some of these are related to the fact that English looked significantly different in the 1700s, while others are true errors. This includes at least one errant apostrophe, an incorrect use of “its/it’s,” and an obvious misspelling of “Pensylvania” [sic] in the signatories list.

The Drafting of the Constitution Was a Smelly Affair

Multiple historical references suggest the summer of 1787 was particularly humid. Delegates spent much of the season locked inside Independence Hall, in heavy wool clothing and with the windows closed, to ensure confidentiality. Chances are high that they literally poured their sweat and tears into its creation. That’s a solid recipe for a smelly affair, especially when you consider how difficult it was back then to wash clothing!

Ben Franklin Was the Oldest Signer

Benjamin Franklin strongly believed in the Constitution. But by the time of its signing, at age 81, he wasn’t exactly a spring chicken. In fact, he was the oldest person to take part in the process and add his signature to the final result.

The senior politician also had multiple health problems, including gout and arthritis. Many of these limited his mobility and made it difficult for him to walk to associated events. To ameliorate this issue, four prisoners from the local Walnut Street jail were tasked with ferrying him around on a sedan chair.

Last but not least, a fun fact about affordability: the Constitution cost only $30 to create. Taking into consideration inflation, that would be worth around $900 today — still a fairly low price for one of the most important documents in American history. Jacob Shallus, whose main role was to actually put pen to paper as the others desired, received the amount in full, largely as a reward for his “fine penmanship.”