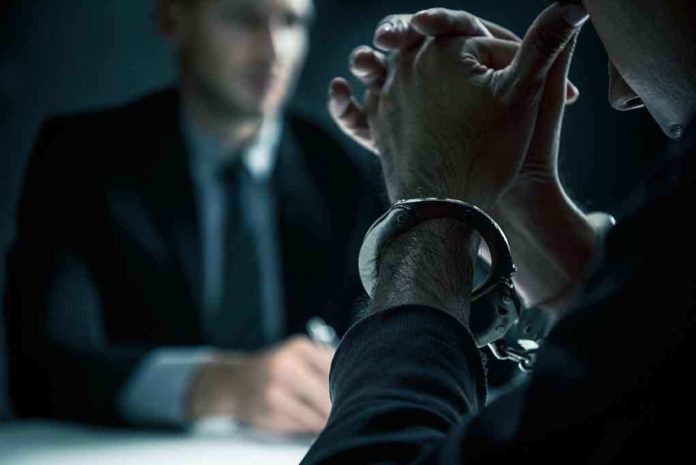 (TheRedWire.com) – As the 2022 midterm elections frantically approach, one man decided to take matters into his own hands. On Friday, October 28, 42-year-old David DePape allegedly broke into the California home of House Speaker Nancy Pelosi (D-CA) around 2:30 am. Though she was the target of his ire, he attacked her 82-year-old husband with a hammer as the assailant tried to locate the third most powerful politician in the country, who was in Washington, DC.

DePape was an illegal immigrant from Canada. According to an affidavit, the suspect told investigators he intended to hold the speaker against her will and question her. He said he planned to let Pelosi go if she was truthful with him. If not, he threatened to break her kneecaps.

New Revelations Emerge In The Case

In an affidavit, Paul Pelosi told investigators he informed DePape that his wife was not home, but he insisted on waiting until she returned. The Speaker’s husband made it to a bathroom and called 911. When the officers arrived at the residence, they found the two men struggling to acquire a hammer. Ultimately, DePape got it from Paul Pelosi and hit him in the head. Police immediately intervened and arrested him. Pelosi’s injuries were so severe he underwent surgery for a skull fracture.

Before first responders took the Speaker’s husband to the hospital, he informed police he didn’t know the suspect and had never seen him before he appeared in his bedroom demanding to talk with “Nancy.” Police said they found broken glass at the back of the home, as well as tape, rope, gloves, and a journal. In the bedroom, they discovered zip ties.

On Sunday, DePape’s former girlfriend, Oxane “Gypsy” Taub, said he was not a MAGA member, didn’t support the “insurrection,” and was not a Republican. Instead, she claimed he was a progressive who suffered from mental illness for a long time. Taub added he was paranoid and believed people were after him.

He admitted to investigators he planned to hold the Speaker hostage to talk with her. The alleged assailant told them he would have broken her kneecaps if she had lied to him. The suspect said he expected her not to tell the truth and suggested she was the “leader of the pack” of Democratic liars. DePape added that if he broke her knees, that would have forced her to wheel into Congress to “show other Members of Congress” there were consequences to actions.”

On Monday, federal officials revealed to Fox News that DePape was in the US illegally and had overstayed his visa for a long time. He initially came to the US 20 years ago. He faces up to 50 years in prison, according to a press release by the US Department of Justice.